How to live after the end of reflection 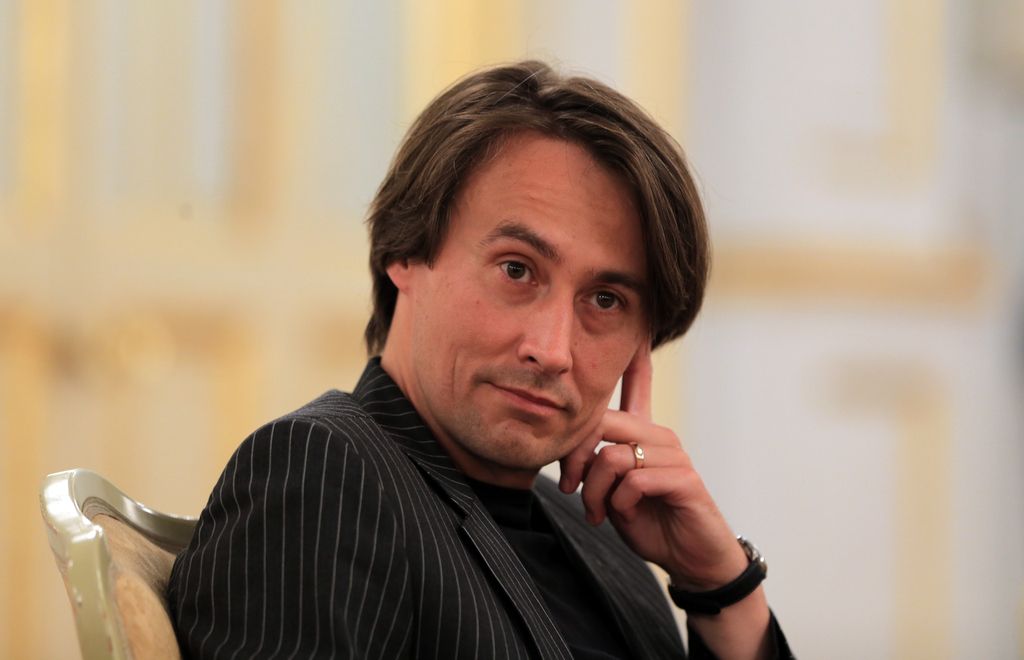 Aleš Šteger is a poet and prose writer, based in Ljubljana, Slovenia. His work has been widely translated and acclaimed around the world, covering various fields of artistic expression including visual arts, music and film. Aleš Šteger is programme director of Beletrina Publishing house in Ljubljana and founder of the Versopolis European network of international poetry festivals.

When I find myself at my little desk looking through the window, I am directly facing the gigantic glass façade of a hotel, near the old town of Ljubljana. The street is narrow and the hotel blocks any view. It is a huge glass wall, a gold-rimmed square theatre box. Normally, I witness here how lights are turned on and off and how little stage curtains are moved aside and the life of strangers gives wanted or involuntary guest performances.

When my wife and I visited the apartment ten years ago, the house-keeper looked with melancholy at the street from that same window. Seventy years ago she was born in this very room. In pensive mood she looked outside and said, “after they built this giant thing, everything around it was neglected. There was no side-walk and the street was unpaved. But then he came and overnight everything was pepped up and taken care of.”

That must have been in the late sixties, early seventies I thought, and answered without guessing, “he came, you must mean President Tito.” “No,” said the former owner, “I mean Gagarin, the first man in Space.” I have never checked if this story is true and if Gagarin really stayed in the hotel across the street, nor if he was responsible for paving the surrounding streets, but the idea that, in communist times, a short visit by only one person could change the whole neighbourhood is both fascinating and repulsive.

For the first few years after we had moved into the apartment, the hotel was often empty, run down as it was. After 2008, Slovenia fell into a long recession, which was clearly evident in the rarity of hotel guests. But then came – no again not Tito, neither Gagarin nor a contemporary dictator, sheik or president elected for life. It wasn’t a single person but a mass of unnamed Asian tourists, dragged to this place by the tour operator for one night. To this place. To the always popular insider tip on their way from Venice to Dubrovnik.

Meanwhile the sleepy parking lot in front of the hotel was now overloaded with tour buses. We had to close and curtain our window because of the noise, exhaust gases, the eager looking and picture-making faces seeing us as we are, wanting to capture a few souvenirs in the form of glimpses into the real, true and very private spectacle of the native species, living in the opposite window theatre, who are also becoming increasingly rare in Ljubljana.

It was again a time when everything had to be made more beautiful and more pleasing to the gawping industry. The road between us and the hotel had been torn open, and was dug for Roman tombs. A few stones and fibulae were found after which new larger sewer drain pipes were placed and everything was poured back in as quickly as possible. At the same time, the inside of the hotel had been renovated and a café with terrace was built right across the street. As a result, also with closed windows, one could enjoy the songs of Chinese, Irish or Italian drunks. The café boomed for several years. Afterwards it became suddenly way more calm.

I had an espresso in the hotel café. The lonely receptionist with whom I chitchatted said: we can deal with Chinese people staying away, but when Italian guests leave us, we are lost. For the last two weeks the hotel has been officially dead. I cannot help watching the corpse again and again every day.

It didn’t take long to realise that the death of the hotel made the glass façade come to life. Instead of being a bored voyeur of an unknown visitor pulling the curtains aside, daydreaming through the window, putting on make-up, fighting, taking off or putting on clothes, or simply watching TV, I find myself once more watching the increasingly clear reflection of my own room in the silent glass façade of the hotel.

Maybe I had to wait ten years for this moment where no distraction or excuse holds me from watching myself, us, the natives caught in our apartments, waiting for life to continue after the end of reflection. It is not easy to withstand our own view of ourselves and our own misery. It is much more difficult than we initially imagined. It is not easy not to look away, not to flee to a computer screen or glass of whisky or wine.

I watch and see, and I see how and what I am watching, and I feel awe, fear and gratitude; that during a pandemic, there can be a feeling of gratitude for everything, really everything that happens and may happen to one – which might sound odd given the many victims and hardships. At the same time however, this contradictory feeling of gratitude (the brother of fear?) in these conditions is the only basis on which I, sitting behind my small desk, am able to look into civilisation in the midst of deserted streets and the beautifully polished ruins of tomorrow and how something like a very vague idea can be a meditation on the coming day.