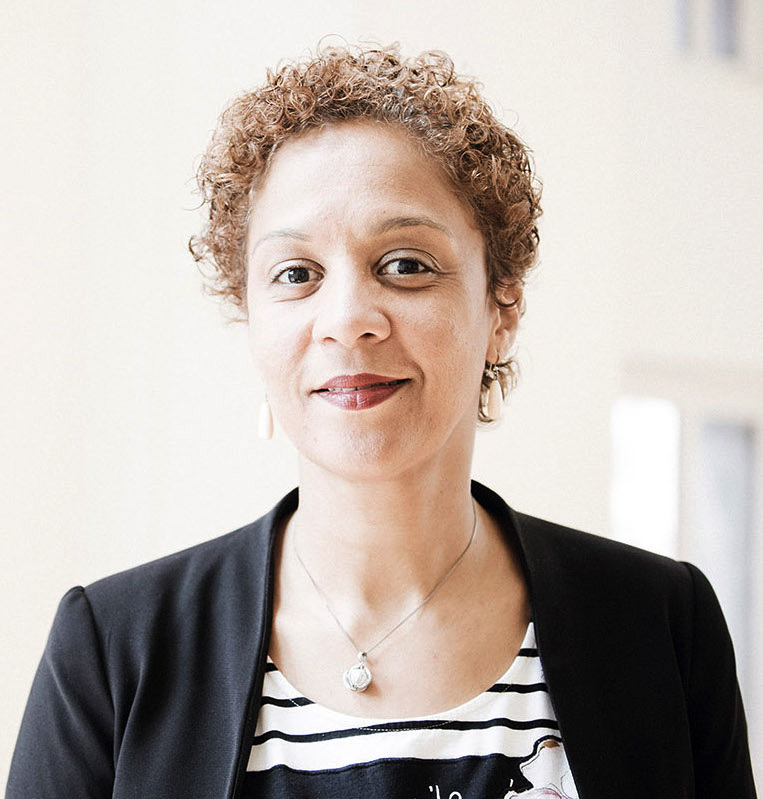 Ayoko Mensah is a cultural expert and artistic programmer. Since 2016, she has been working for the Centre for Fine Arts (BOZAR) in Brussels. She is the curator of the Afropolitan Festival at BOZAR. Of Togolese heritage, born in France in 1968, Mensah graduated in cultural management and journalism in France. She has worked as an expert for several international organisations (including UNESCO, the European Commission and the Africa Caribbean Pacific Group). Mensah has also written more than a hundred articles and co-authored several books.

Not many European art centres of international stature organise annual multidisciplinary events dedicated to the African and Afro-descendant art scene. In the past ten years or so, an increasing number of events focused on African artists have taken place in Europe but these are mostly limited to a specific artist, art form, or country, or are then larger, but one-off, events. Sustained, cross-disciplinary platforms in major cultural institutions are still the exception.

The African and Afro-European1 art scenes are increasingly ‘in vogue’, particularly in Europe, due to their level of excellence, their flourishing creativity, and a sense of urgency that is generally compelling to the Western world. In the past fifty years, African and Afro-descendant diaspora communities have grown in the former major European colonial powers. It is currently estimated that 8 million Afropeans live in Europe, 500,000 of whom are in Belgium. Many of these Afropeans either have dual citizenship, or have become citizens of their adoptive country while fostering strong ties with their native country.

This duality is one of the characteristics of Afropolitanism, a concept defined by political theorist Achille Mbembe: “Today, many Africans live outside Africa. Others have decided of their own accord to live on the continent but not necessarily in their countries of birth. More so, many of them have had the opportunity to experience several worlds and, in fact, have not stopped coming and going, developing an invaluable wealth of perception and sensitivity in the course of these movements. These are usually people who can express themselves in more than one language. They are developing, sometimes without their knowing it, a transnational culture which I call ‘Afropolitan’ culture.” 2

For too long, the artistic expression of African diasporas in Europe have suffered from invisibility. Until recently, they were restricted to community-type venues and did not attract interest from major European cultural institutions. Yet these expressions have always existed; different ways of portraying the ‘Afropolitan experience’, whether it be exile, racism and discrimination, or invisibility; but also, solidarity, the struggle for emancipation, or the weight of individual responsibility. Complex Afropolitan identity, marked by colonial and postcolonial history, is and has always been at the heart of our artistic expression.

The political dimension has a particular reverberation when the performances that convey it are held in a prestigious European cultural institution. It prompts us to question the place that the institution reserves for Afropolitan expression and its capacity to drive artistic and social change.

Nowadays, event and audience diversification are key challenges for cultural institutions. It is a fact that the cultural landscape is not exempt from the power struggles and race domination that African and Afro-descendant diasporas experience in Western societies. It is, nevertheless, a space where such struggles can be expressed and reassessed. Cultural institutions remain places which influence and grant artistic legitimacy. They need, however, to mirror their multicultural environment and to demonstrate that they are attuned to avant-garde artistic expressions, whether monochromatic or ethnically diverse.

In the very early stages of the Afropolitan festival’s preparation, Afro-descendant artists and cultural organisers advocated for a comprehensive co-creation process.

The popular term stands for a methodology approach in which designers have equal status when organising or producing an event, which respects the specific character and interests of each partner. As most African and Afro-descendant organisations and groups are struggling, this methodology is meant to help them establish more egalitarian relationships with the arts centre. Opting for a co-creation process, however, is not sufficient. It takes time and requires learning, and evolves through listening, mutual respect, and the fine art of compromise. The process requires all stakeholders, particularly the institution, to practice self-assessment and to be truly capable of transformation.

Certainly it is not straightforward. The institution’s own culture and practices sometimes differ greatly from those of Afro-descendant organisations and artists. Stability versus insecurity, rigidity versus responsiveness, rules versus improvisation; making two different realities coincide is not always easy. It is striking to realise, however, how a long-term project is paramount to strengthening and gradually decolonising all partners. Now the concept of Afropolitan events is spreading and deepening as it grows. Therefore it is in the best interests of Afropolitan festivals and biennials to establish an international network to promote collaboration and exchange and to develop and strengthen artistic and social recognition.

By 2050, Africa will account for more than a quarter of the global population. Achille Mbembe and other African intellectuals believe that this change will coincide with an ‘Africanisation of the world’. Afropolitan festivals and biennials will have undoubtedly contributed to this and to decolonising societies and public imagination.

Read the full article on the website of BOZAR: https://www.bozar.be/en/magazine/168351-afropolitan-festival