On Music, Morality and Krzysztof Penderecki

A Farewell to a Maestro 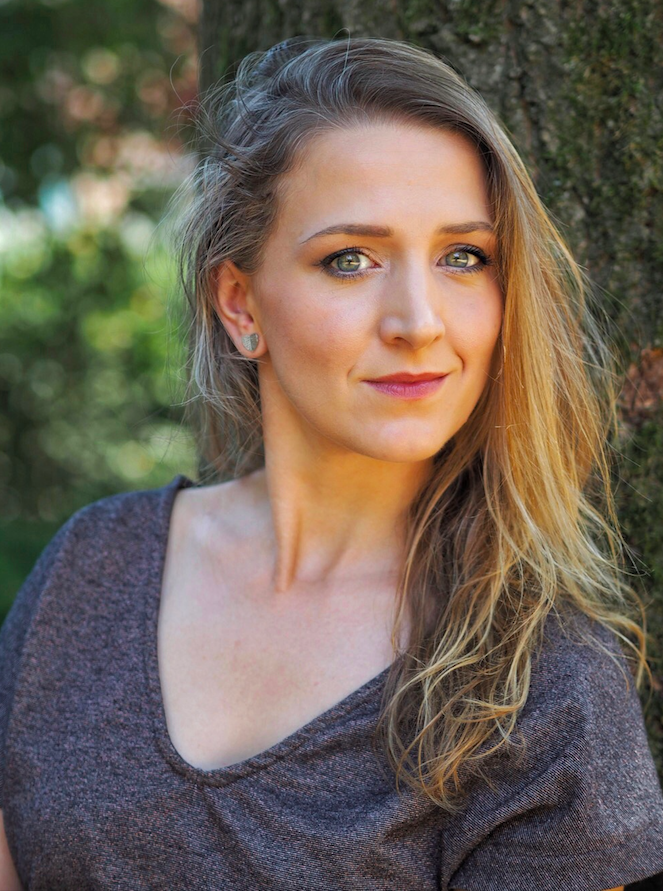 Alicja Gescinska is an award-winning Polish-Belgian philosopher and novelist. She has held academic positions at various institutions, including Ghent University, Princeton University and Amherst College. Apart from her academic work, Gescinska is also one of the leading public intellectuals in Belgium and the Netherlands. Currently, she is the course director of the Philosophy programme at Buckingham University.

At the end of March, the great Polish composer Krzysztof Penderecki passed away. His importance in music history, as well as in Polish culture, can hardly be overemphasised. For decades, he was a household name, even in families with no particular interest in classical music. Penderecki contributed greatly to the rise of Polish culture in the difficult postwar years of communist repression. Penderecki possessed the true distinctive feature of a great artist: the courage and creativeness to reinvent himself. While he first made a career as a pioneer in avant-garde music, he turned away from it when it became too fashionable, and later turned to sacred and choral music.

I once had the opportunity to ask Penderecki why Poland had such a remarkably richly creative musical tradition. It is a tradition that persisted during the years of communist rule, and of which Lutoslawski, Gorecki, Killar, and. of course Penderecki himself were the most important exponents. According to Penderecki, the communist authorities, in spite of all their moral and governmental failings (Penderecki was critical of the communist regime), took a certain pride in the musical and artistic tradition of the country, and helped to create conditions that were conducive to the development of the arts.

When I met him in the Autumn of 2016 we talked about the meaning of his work, about the meaning of music, about what role music plays in our individual and social lives. This conversation formed the starting point of At Home in Music, my book on how music can contribute to the social and moral development of man. I believe that music, perhaps more than other artistic endeavours, has the power to increase empathy in and among us. Music leads to a désarmement des coeurs (disarming of hearts), as the French philosopher Vladimir Jankélévitch put it. Music makes us less hostile towards each other, and makes co-existence more harmonious. Penderecki, however, was more sceptical about the moral meaning of music. The following excerpt is the beginning of the first chapter of At Home in Music.

For the first time in years I wake up in Warsaw, in the tiniest apartment I’ve ever slept in. There are two windows, one that offers a view on a part of the Chopin museum, another that offers, on bright days, a view of the top of the Palace of Culture.

Hardly any spot can be more central in the city than this one. As soon as I open my eyes, a smile appears on my face. My youngest son, who is three weeks old, lies beside me, and I know my soul will smile the whole day. The almost expressionless peacefulness of his face is of a beauty beyond words. Together we are going for a stroll through history; through the streets of my past, in the country of his ancestors. We are going to see places that one day will be a part of his past also. But most importantly, we are going to meet a bit of living history.

A little while later I walk through the historic streets of my native town, carrying my baby in a wrap close to my breast. Nowy swiat, Krakowskie Przedmiescie. I can hardly see five feet before me, as Warsaw hides itself in a persistent layer of thick smog. As we are walking to the Sofitel Victoria hotel where I have an appointment, we pass the statue of Copernicus, the gates of the University of Warsaw, and the legendary book shop Prus. Pilsudski square, on which the hotel looks out, can hardly be seen. The tomb of the unknown soldier, the two military guards who are relieved each hour, the flame that eternally dances in the wind; they all seem to have vanished from the square that is theirs. In the hotel I meet Krzysztof Penderecki, one of the few people who can justly be described as a living legend.

Penderecki is one of the greatest composers of the twentieth century. His Threnody to the Victims of Hiroshima (1960), St Luke Passion (1966) and Polish Requiem (1984) earned him fame and glory all over the world. He also wrote the film music for quite a few blockbusters. A few years ago he composed a compelling soundtrack for Andrzej Wajda’s war drama Katyn. And both Stanley Kubrick and Martin Scorsese have frequently made use of the Polish maestro’s work.

When Flagey, the Brussels culture house devoted to music and the moving image, asked me to interview him on the occasion of the Belgian première of his fourth string quartet, I quickly made up my mind. The timing was perhaps not perfect, but the opportunity too splendid to ignore. My newborn baby was not going to keep me home, and bringing that fresh bundle of human being with me soon proved to be a very wise decision. The Polish composer has the reputation of being a strict, sometimes short-spoken man, whose love of music is inversely proportional to his love of giving interviews. His hanging eyelids and the downwards bent of the corners of his mouth seem to have engraved existential sadness and rigorous seriousness on his face. But as soon as he sees my baby, he brightens up. The basis now has been laid, I hope, for a real conversation.

Minutes go by, I listen carefully, and my son sleeps the whole time. Then, I have reached the point when I want to ask the question I find most important: does music make us and our world better? The question about the moral significance of music has been intriguing me for years, already since my days as a university student when I discovered the work of Vladimir Jankélévitch, the French philosopher who wrote some fascinating books on Ravel, Fauré, Liszt and the meaning of music in general. Is there a link between music and morality? Do beautiful sounds contain a civilising force? Is there goodness in beauty? Through the ages, philosophers have replied to these questions very differently. It is quite likely that, from the moment man began making music, he also began to think about its meaning and desirability. As such, the philosophy of music is possibly one of the oldest branches of the tree of philosophy. Music is such an important part of our human condition that whoever wants to understand the meaning of man, must also understand the meaning of music. The philosophy of music could quite well offer a deeper insight into human nature than do political philosophy, logic, epistemology or other philosophical subdisciplines.

I suspect it has to do with my insatiable desire to understand man and the world that I am drawn to music. The German philosopher Arthur Schopenhauer once said music is the highest of all arts. Music is much more penetrating and stronger than any other art form. The latter speak of shadows, music of the essence of things. Schopenhauer was a profound pessimist, who believed life to be little more than a pendulum between boredom and pain. But despite his somberness, Schopenhauer had a beautiful, positive view of the power of music. In music the inner core of being – the ‘will’ – is revealed to the contemplating mind. An answer to the meaning of our life must not only be sought in the wisdom of books, but also, and above all, in music.

Whether there really is a ‘will of the world’ is doubtful and belongs to the realm of metaphysical speculation. But even had Schopenhauer been wrong about the world, I think he was right about music, which carries us beyond the shadows and tells us something about the meaning of man and the essence of our existence. And because human beings are, above all, moral beings, music must also in some way relate to morality; a relation of which I intuitively feel that it is a positive one.

But the answer I get from Penderecki to my question about the moral meaning of music contradicts this intuition. The Polish maestro speaks out a short, powerful nie (no). No, there is no uplifting moral power in music. The answer surprises me. I reply that his own work evidences a certain engagement that makes one suspect he pursues more with his works than mere beauty. Penderecki was a pioneer of the avant-garde, which wasn’t exactly an artistic current without any political or social meaning. Moreover, in the years of communism Penderecki decided to make sacred music, which wasn’t a non-political decision either. The communists wanted to wipe away religion from the surface of the earth, and hence they were constantly waging a power struggle with the Church. Penderecki’s Polish Requiem too seems to be permeated with political and historical meaning. The Lacrimosa (1980) was commissioned by Lech Walesa, the leader of the Solidarity movement,to commemorate the bloody repression of the worker protests in Gdansk in 1970, in which more than forty people were killed and more than a thousand were wounded. The Agnus Dei (1981) was composed for the funeral of Cardinal Stefan Wyszynski (the cardinal was a moral authority and an important critic of the communist regime. In the first half of the fifties, as the tensions between Church and the Communist Party peaked, Wyszynski was detained – or rather: imprisoned – for several years in a remote monastery). And the Libera me (1984) is dedicated to the thousands of Poles who were killed by the Soviet Army in Katyn in 1940. That the communist authorities weren’t keen on such dedications and commissioned works is an understatement.

Penderecki’s recent work also seems imbued with social and political meaning. A case in point is the remarkable Thousand Voices for Peace, that was performed in the Cathedral of Koekelberg to commemorate the outbreak of the First World War. Thousand voices for peace, that seems to suggest the belief in the power of music to improve the world; a belief in le désarmement des coeurs, the disarmament of our hearts, to quote the nice phrase with which Vladimir Jankélévitch once tried to capture the essence of the moral power of music. Penderecki has lost his faith in this disarmament. He calls it naïve to think music can really improve man and the world, and he admits that many years ago he held a different view. Now he calls it an illusion from which he has freed himself. Music cannot change things; it can merely soothe the pain things cause. In other words, music is just a patch on the wound that all the evil in the world constantly rips open in mankind.